One of Israel’s largest food manufacturers, Stauss, just announced the biggest recall in Israeli history due to Salmonella in some of its products. Strauss Group announced that numerous popular chocolate products produced by its subsidiary company Elite were being recalled due to concerns of Salmonella contamination. The company and Israeli government officials scrambled to answer questions raised by the massive recall of Strauss products, and stores pulled chocolate, ice cream, cookies, and other products off shelves. The Health Ministry said that Strauss was informed that lab tests on some of its consumer-ready products tested positive for Salmonella. At least three people have been hospitalized with suspected salmonella poisoning from Strauss goods. There is criticism of the company’s decision to wait nearly a week after discovering there may have been a salmonella outbreak to announce the recall. Ministry officials have defended the delay, noting that the initial salmonella detection was in the factory area rather than the products themselves. At least two children and one adult have sought medical attention with suspected cases of salmonella poisoning following the recall. The products affected include some of Israel’s most popular snacks: Pesek Zman bars (those marked best before December 1, 2022, to April 1, 2023), Reva L’Sheva bars (best before between May 1, 2022, to December 15, 2023), Kif Kef, Taami, Egozi and Energy bars (best before July 1, 2022, to January 1, 2023), Parra Chocolate bars (best before October 1, 2022, to April 24, 2023) — all produced by Elite. The recall was later expanded to include the Milky chocolate pudding topped with chocolate lentils and a wide range of ice cream products, added out of an abundance of caution due to their inclusion of some Elite chocolate products. @ https://www.timesofisrael.com/strauss-offers-to-double-refunds-as-salmonella-scare-clears-products-off-shelves/ 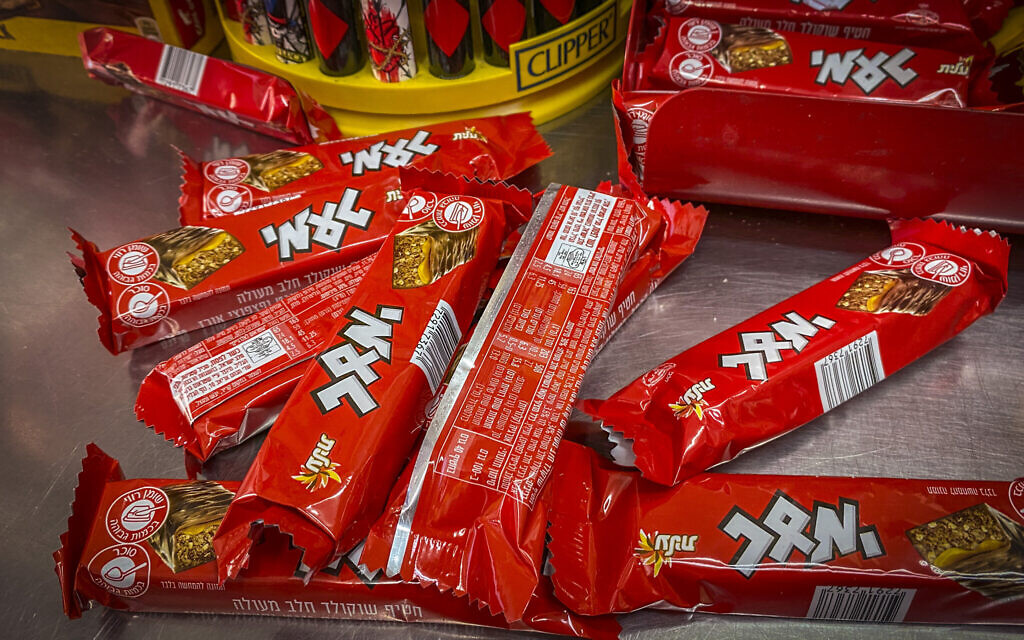