Report of antimicrobial resistance in the EU: infections with foodborne bacteria becoming harder to treat

A report on antimicrobial resistance in zoonoses released today by the European Centre for Disease Prevention and Control (ECDC) and the European Food Safety Authority (EFSA) claims that Salmonella and Campylobacter are becoming increasingly resistant to ciprofloxacin. The data shows that a large proportion of Salmonella bacteria are multidrug-resistant.  In humans, the resistance increased overall from 1.7% (2016) to 4.6% (2018). For Campylobacter, 16 out of 19 countries report very high or extremely high percentages of ciprofloxacin resistance. High resistance to ciprofloxacin is also described in Salmonella and E. coli bacteria from poultry. The combined resistance to fluoroquinolones and third-generation cephalosporines in Salmonella and fluoroquinolones and macrolides in Campylobacter remains low. In food-producing animals, susceptibility to all antimicrobials has increased. A decline in resistance to ampicillin and tetracyclines in Salmonella Typhimurium in many countries is an encouraging trend. @ https://www.ecdc.europa.eu/en/publications/EU-summary-report-antimicrobial-resistance-zoonoses-2017-2018 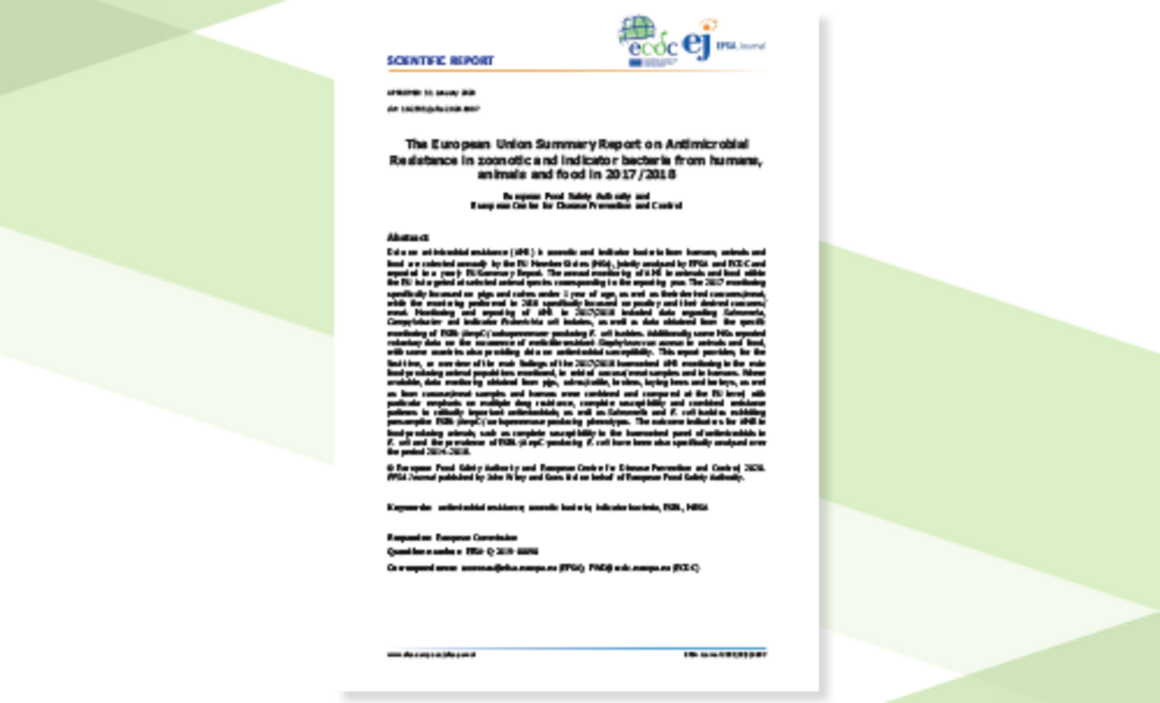 The European Union Summary Report on Antimicrobial Resistance in zoonotic and indicator bacteria from humans, animals and food in 2017/2018
www.ecdc.europa.eu

Data on antimicrobial resistance (AMR) in zoonotic and indicator bacteria from humans, animals and
food are collected annually by the EU Member States (MSs), jointly analysed by EFSA and ECDC and
reported in a yearly EU Summary Report.