The European Centre for Disease Prevention and Control published a report on a recent outbreak of Salmonella Enteritidis ST11 infections. On 2 September 2021, France reported an increase in Salmonella Enteritidis ST11 infections. By 11 January 2022, 272 confirmed cases had been reported in five European Union/European Economic Area (EU/EEA) countries and the United Kingdom (UK): Denmark (n=3), France (n=216), the Netherlands (n=12), Norway (n=7), Spain (n=22), and the UK (n=12) in 2021. Two deaths were recorded in adult men. Twenty-five cases were hospitalized. Sixty cases reported consumption of eggs/egg products. Some cases reported in France in 2021 had visited restaurants serving eggs distributed by a Spanish Packing Centre A. The eggs originated from three Spanish farms, one testing positive for the outbreak strain.No other countries received eggs from the same farms via Packing Centre A during summer 2021. Therefore, the source of infection for cases in late 2021 and in countries other than Spain and France could not be established. The risk of new infections caused by the outbreak strain and contaminated eggs remains high in the EU/EEA. @ https://www.ecdc.europa.eu/en/publications-data/multi-country-outbreak-salmonella-enteritidis-sequence-type-st11-infections 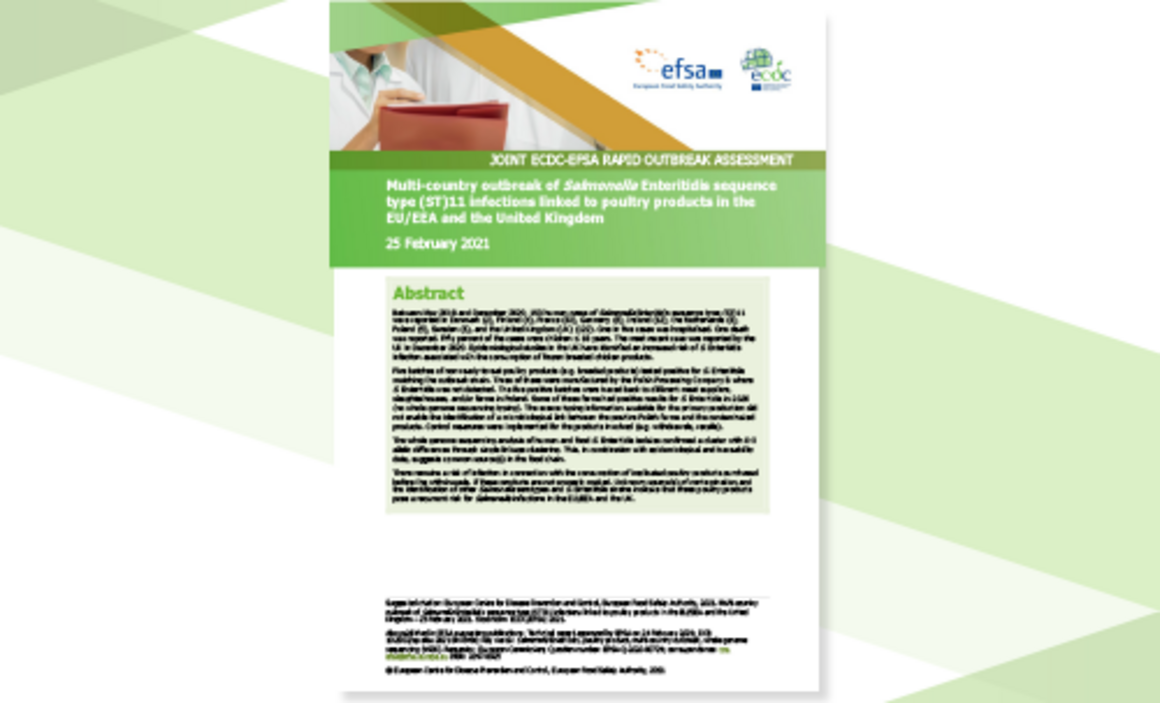