Sky News reported that the UK recall of Kinder chocolate products was extended to include all those manufactured in Arlon, Belgium, regardless of their best-before date. European health officials have said that the salmonella outbreak linked to Kinder chocolate products is probably related to buttermilk used in a Belgian factory. The European Food Safety Authority and the European Centre for Disease Prevention and Control said they had matched the same salmonella strain currently infecting people to samples taken from a factory in Belgium in December 2021. The European authorities concluded that the buttermilk was identified as the contamination point. The products were distributed worldwide after negative salmonella testing. Ferrero acknowledged it is to be blamed for the delays created in disseminating the information. The UK Health Security Agency (UKHSA) said that 67 people in the UK were known to have been infected with salmonella in the outbreak linked to the treats. The majority affected are under five years old, the agency added.@ https://news.sky.com/story/kinder-salmonella-link-outbreak-suspected-to-be-related-to-buttermilk-used-in-belgian-factory-12588717 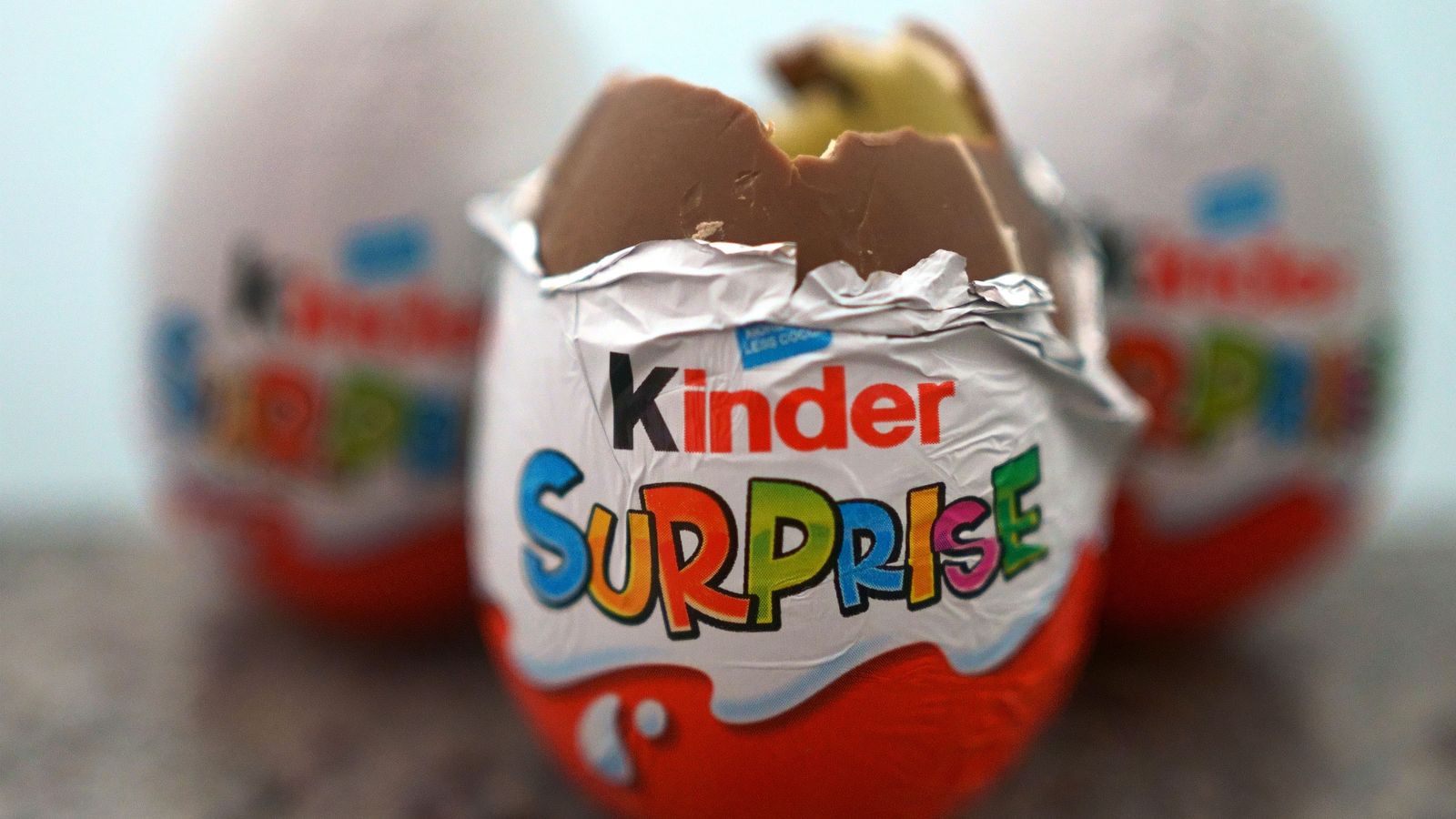 A UK recall of Kinder chocolate products was extended on Friday to include all of those manufactured at the site in Belgium, regardless of their best-before date.