Several Kinder chocolate products, including the popular Kinder Eggs, are recalled across Europe and Canada due to a salmonella outbreak in the EU. European Centre for Disease Prevention and Control (ECDC) and European Food Safety Authority (EFSA) said they are investigating dozens of reported and suspected cases of salmonella linked with eating chocolate in at least nine countries. Italian confectionery group Ferrero recalled several Kinder Surprise chocolate eggs from various countries. Britain has the highest number of incidents, with 63 confirmed cases as of April 5, the ECDC said, adding that other countries with confirmed cases are France, Ireland, Belgium, Germany, Luxembourg, the Netherlands, Sweden, and Norway. EFSA reported a total of 134 confirmed or probable cases of salmonella. Canada also announced a recall of kinder products. Ferrero says it was able to track down the origin of the salmonella outbreak to a filter at the company's plant in Arlon, Belgium. At the outlet of two raw material tanks, the filter has now been removed. Ferrero says the presence of salmonella was detected on December 15. The recall applies to products manufactured in Belgium and, in addition to the Kinder Eggs, includes batches of Kinder Surprise, Kinder Mini Eggs, Kinder Surprise Maxi 100g, and Kinder Schoko-Bons. @ https://www.reuters.com/world/europe/eu-investigates-chocolate-linked-salmonella-outbreak-before-easter-2022-04-06/ 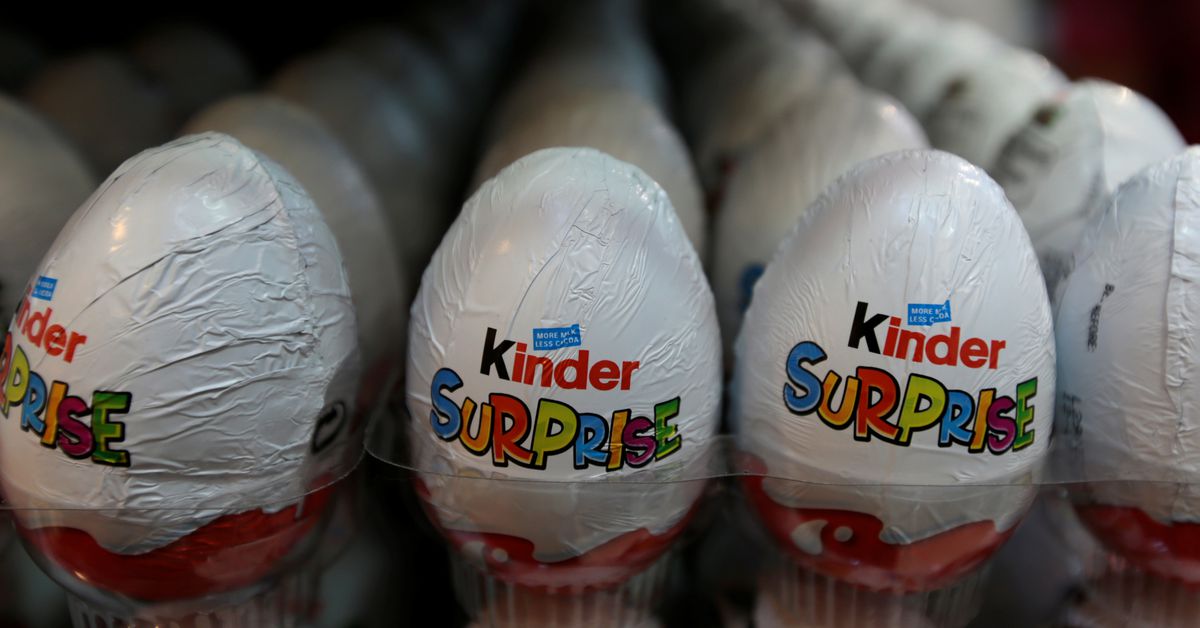 Europe’s health agency said on Wednesday it was investigating dozens of reported and suspected cases of salmonella linked with eating chocolate in at least nine countries.