Marler Clark reported that until 18 May 2022, there were 324 cases reported in the EU/EEA (Austria, Belgium, Denmark, France, Germany, Ireland, Italy, Luxembourg, Netherlands, Norway, Spain, and Sweden) and the UK, including two distinct strains of monophasic S. Typhimurium. In addition, cases have been identified in Canada, Switzerland, and the United States.

Most infections (86.3%) are among children at or younger than 10 years old, and for all cases in the EU/EEA and the UK, with information available, 41.3% of them have been hospitalized. No deaths were reported. Epidemiological and microbiological investigations have identified specific chocolate products manufactured in the processing Plant in Arlon, Belgium, as likely vehicles of infection. At the beginning of April 2022, scientists linked human cases to the Belgian chocolate factory upon sequencing data availability. Following the detection of Salmonella in buttermilk, semi-finished and finished products, the company implemented hygiene control measures and increased sampling and testing of the products and the processing environment.  @ https://www.marlerblog.com/case-news/final-report-on-kinder-chocolate-outbreak-324-sick-in-austria-belgium-denmark-france-germany-ireland-italy-luxembourg-netherlands-norway-spain-sweden-united-kingdom-canada-switzerland/ 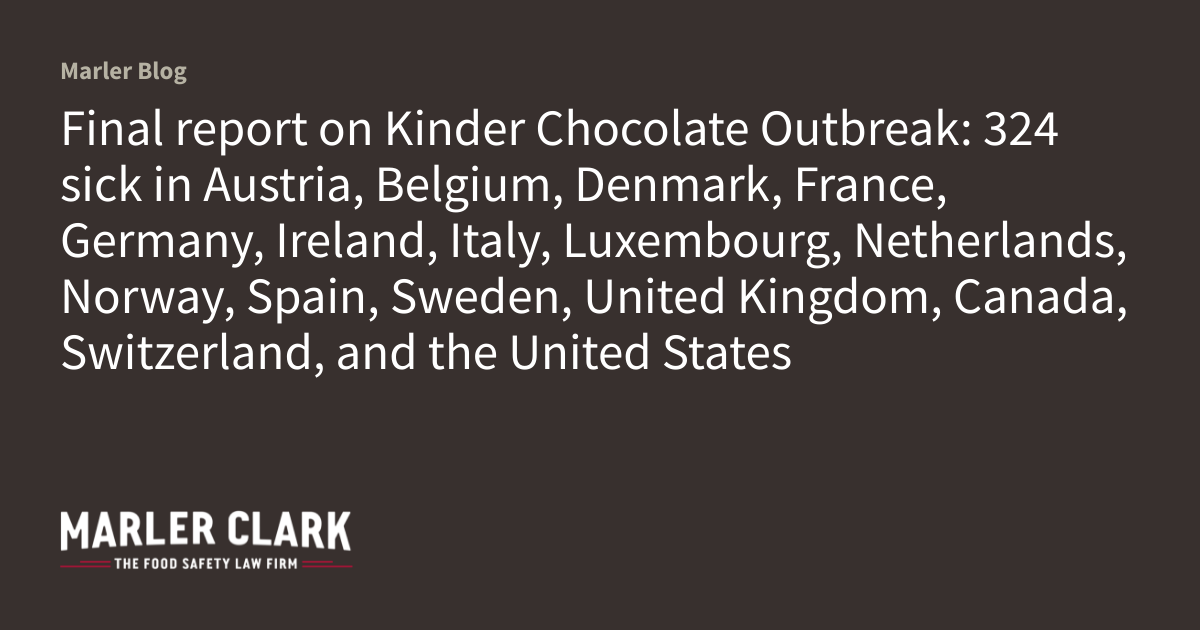