CDC- Outbreak of Listeria infections linked to deli meats is over

CDC, public health and regulatory officials in several states, and USDA-FSIS investigated a multistate outbreak of Listeria monocytogenes infections due to deli meat. 12 people infected with the outbreak strain of Listeria were reported from Florida, Louisiana, Massachusetts, and New York. All 12 people were hospitalized. One death was reported from Florida. WGS showed that bacteria isolated from ill people were closely related genetically, indicating that people in this outbreak probably share a common infection source. In interviews with 11 ill people, all reported eating Italian-style meats, such as salami, mortadella, and prosciutto. They reported purchasing prepackaged deli meats and meats sliced at deli counters at various locations. A specific type of deli meat or a common supplier was not identified. As of January 28, 2021, this outbreak is over. @ https://www.cdc.gov/listeria/outbreaks/delimeat-10-20/index.html 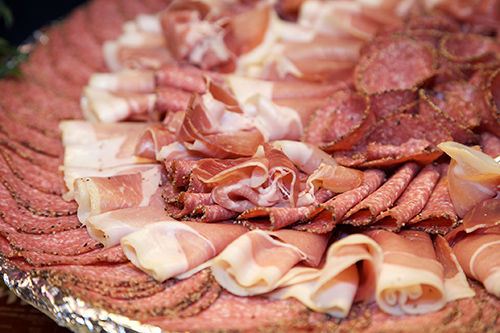 Get the most up-to-date outbreak information here.